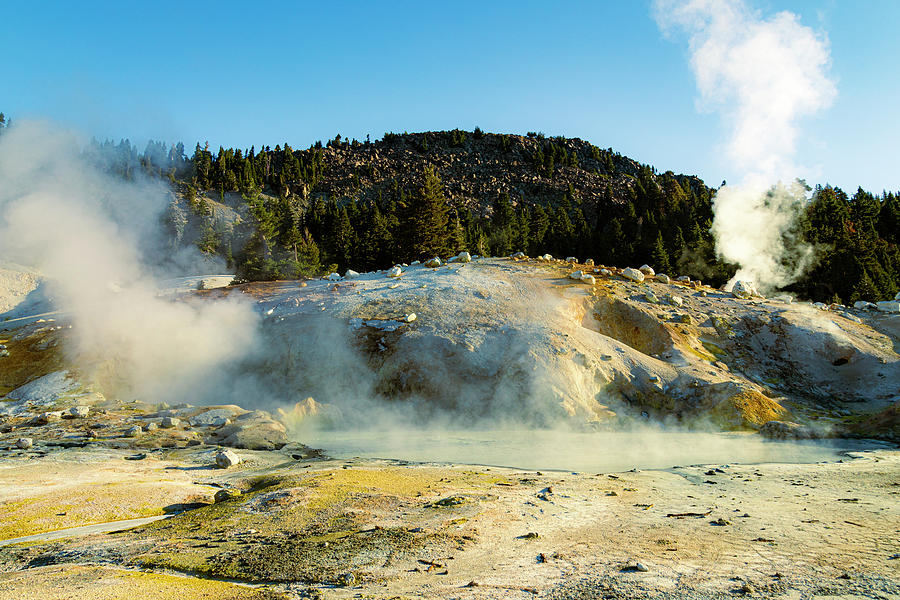 Kendall Vanhook Bumpass was an American pioneer, cowboy, and miner. In the mid 19th century he, quite literally, stumbled upon the largest hydrothermally active part of what is now Lassen Volcanic National Park in northern California. His leg slipped in to a boiling mudpot, scalding it so severely that it ultimately had to be amputated. It is from Mr. Bumpass’ discovery and unfortunate accident that Bumpass Hell gets it apt name.

After years of “meaning to” get to this amazing location, but shying away due to the crowds that frequently flock to it, I finally got to the trailhead early on an autumn weekday morning. I was rewarded for my early arrival and hike of just over a mile one way by sharing the magnficant place with only one other visitor for the better part of an hour and in nice warm morning light.

This image captures a small stream of hot runoff from a large boiling mudpot in the background.

Well wow, that is a difficult story, poor man, but to travel to see such a place had to be a wonderful experience for you! Not to mention this super perfect and amazing capture!! Awesome to view and read about.